The ORCAS project aims to bring new light to the biological carbon pump, the process by which atmospheric carbon dioxide is sequestered in the deep ocean in the form of sinking particles produced by plankton. The objectives of ORCAS are to:
• validate a state-of-the-art biogeochemical model against novel high-resolution mesaurements made by drifting underwater robots (argo floats),
• understand the operating mechanisms and formulate improved parameterizations for organic carbon cycling in the oceans' twilight zone (200 to 1000 m depth), and
• implement the new formulation to constrain the predictions of oceanic carbon sequestration under climate change scenarios for the 21st century. 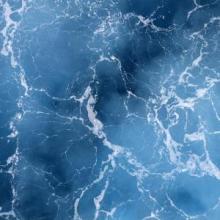